Simul8 now allows users to upload and convert XML files of Process Maps that have been created in Disco by Fluxicon. Disco is process mining software which allows users to take a transaction log of data from your company systems (e.g. SAP, ERP, Salesforce) and import it to create a process map.

By allowing a seamless connection between Disco and SIMU8, users can now achieve rapid process improvement at an even faster rate. You can take the outputted process map from Disco and import it directly into Simul8 to build the basic structure of your simulation.

This import can be achieved by going to File > New > Import from Disco. 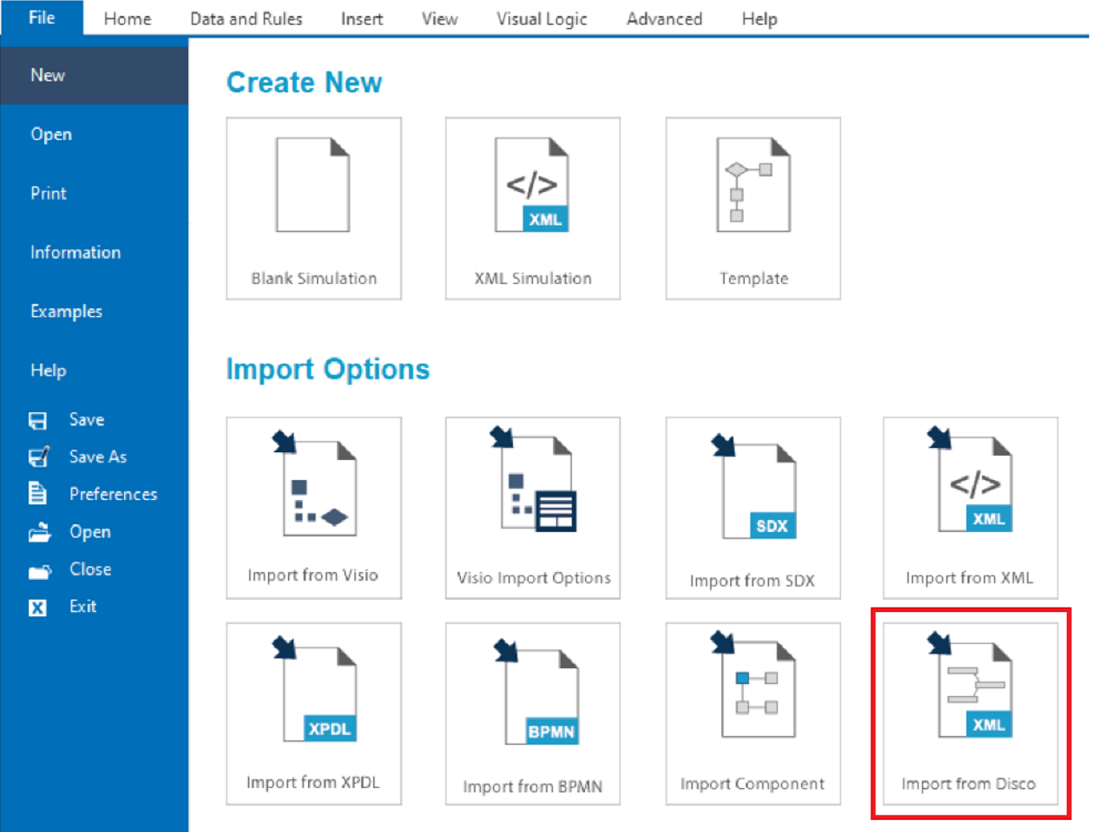